Center for Spiritual Living Religious Science Practitioners (RScP) endeavor to heal themselves and others through the recognition of the creative power of Mind, and the constant presence of the Love and Good of God. These individuals are trained in the art, skill, and science of Affirmative Prayer. Practitioners strive to demonstrate daily the power of spiritual realization and believe in Divine guidance. If you are facing a challenging truth to your being, Practitioners help you to face it through spiritual treatments that help bring a change in the circumstance. These professionals are licensed to practice and are bound by a high code of ethics to respect your privacy. Below is a list of CSLSN Practitioners and Reverends. You can find their contact information by clicking their name to email or click here to go to the contact list. 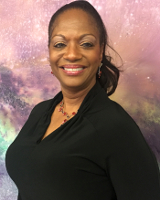 Rev. Marquita Pierre McAlister is our spiritual leader and she is also a spiritual advisor as well. She is a graduate of the Holmes Institute and is widely respected amongst her peers for her intellect, passion and spiritual insights. She is a past co-chair of the national convention of Centers for Spiritual Living, and a workshop presenter to local, national and international audiences.

In the summer of 2012 she left Anchorage and moved to Las Vegas, Nevada. Rev. Marquita is passionate about establishing the newest Center for Spiritual Living in the Las Vegas area. She is a motivational speaker, a workshop and retreat facilitator, a spiritual practitioner, a spiritual growth consultant and an inspirational singer. 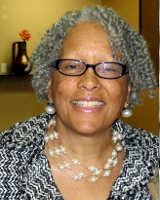 Rev. Vanecia Wills-Leufroy has been a Spiritual Practitioner for eighteen years and a Minister for six years. She has been in service to several spiritual communities in a variety of ways. As a CSLSN Assistant Minister, she serves as the Sacred Service Director, Season for Peace & NonViolence Chair, and on the World Day of Service leadership team.

She has a Masters of Arts in Psychology and has taught adult education in community colleges as well as Continuing Education Units programs in corporate settings. Rev. Vanecia is committed to share her inspiration with people who are open and ready for spiritual expansion. 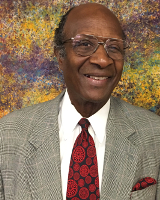 Dr. Lloyd Barrett has a personal mission: Teach. Heal. Inspire. Support (THIS) Born in Jamaica, West Indies, at 14 his father inspired him of the importance of education after which he applied himself to his studies. He received a scholarship to Florida Memorial College in St. Augustine, Florida and earned a Bachelor of Science degree. Dr. Lloyd worked as a national sales rep for a major brewery and a pharmaceutical company. Later his career shifted to serving as a school teacher.

He went on to become a minister and is a sought after featured speaker for national conferences because of his innovative mind, joyful spirit and his creative power of words. He has a unique ability to convey a positive, uplifting message through his ministerial work as well as in facilitating workshops and classes focused on personal growth. Dr. Lloyd and his wife Shekinah were honored to be married by Dr. William Hornaday in 1971. They recently moved from Lakewood, Colorado to Las Vegas where they live with their dog Miss Pearl. 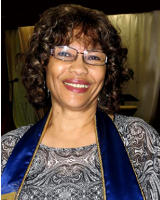 Jean Black began her spiritual journey in the early eighties at the West side Church of Religious Science with Reverend Janie Hatch Roberts. In the early nineties she decided to take practitioner classes at Agape International Center and received her license in 1994.

Jean has a passion for the Spiritual awakening of humanity, remembering who we are as Spiritual Beings while enjoying the human experience. She moved to Las Vegas in 2005 with her husband and her mother to be close to their youngest son who was already living there. One year later their eldest son arrived, followed by her niece and family.

She now lovingly serves at the Center for Spiritual Living Southern Nevada, where she continues her own awakening. 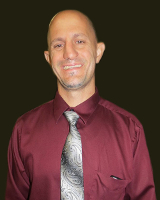 Joseph Kovach is a Center for Spiritual Living licensed Practitioner and is a dedicated student of the teachings of New Thought.  He is passionately dedicated to serving others.  His purpose is to recognize each person’s spiritual magnificence and then teach them how to discover it for themselves. Joe moved to Las Vegas in 1998 to work as a school counselor and continues to do so still.

Joe has happily served other CSL locations as a volunteer, Board Member, Teen Program facilitator and teacher. He is excited to now serve Rev. Marquita and CSL of Southern Nevada. Joseph most enjoys being a parent, husband, and teaching Science of Mind principles to his two children. 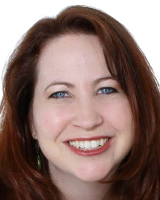 Rachael Dilling is a licensed Religious Science Practitioner, life coach, chaplain and has served CSLSN in many ways over the years. She is a best selling author, holds a Bachelor’s degree in Workforce Education and is working on a Master’s degree in Consciousness. Rachael has held teaching positions at several organizations including the College of Southern Nevada, University of Las Vegas Nevada, Dale Carnegie Training, and ran the “Leadership Las Vegas” program for the Las Vegas Chamber of Commerce. Rachael is a native of Las Vegas, and lives with her husband, daughter, and three cats.

She believes that through understanding and nurturing relationships with self and others, you create a successful and fulfilled life. To unlock your greatness and live the life you dream of call Rachael.

“If you want more love, then you need to give more love.” ~Rachel Dilling 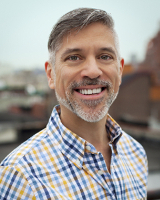 Gary Aliamo is a longtime student of New Thought philosophies such as Unity and A Course in Miracles. He began taking Science of Mind classes in 2011 and has watched his life change dramatically since then. Upon moving to Vegas, he jumped right back into classes specifically to embody the Spiritual Truths at a deeper level but also to cultivate “family”. Being part of the CSLSN family has brought him so much joy. He continues to share these teachings with others through his work, at Sunday service and in everyday experiences. Gary is a licensed Practitioner of Religious Science.

Gary recently moved from NYC to Las Vegas. He has a BFA degree in musical theatre. After leaving “the business”, he opened Delphinium, a card and gift shop in Manhattan’s Hell’s Kitchen in 1996. He’s happy and proud to say that it is still going strong after 20 years! 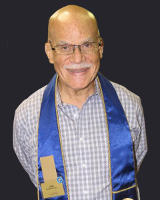 Juan McAlister is a long-time student of Science of Mind and the New Thought movement.  His initial introduction was at the First Church of Religious Science in Dallas Texas, where he became that Center’s first administrator.  And, he credits his daily exposure to the “Principles” with launching him on a spiritual journey that brought him to becoming a Practitioner and kindling the fire within him to share these teachings with others…his form of giving back for all he has been given.

Juan has been a resident of Las Vegas since 2005, with a one-year hiatus in Anchorage, Alaska.  He is a founding member of CSLSN. His background as a parent, adjunct professor, business owner, and corporate and municipal government executive provides the basis for his understanding, compassionate approach to supporting everyone. 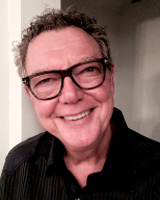 Richard Morris has been a licensed New Thought Spiritual Practitioner since 2015.  He is on the Communications Team at the Center for Spiritual Living Southern Nevada, and leads the Transition Support team of Practitioners for the One from the Heart Ministry at the Agape International Spiritual Center in Culver City, CA. He has led teams of volunteers for Agape’s annual Sacred Service Day for many years. Richard is committed to life-changing spiritual transformation through prayer, meditation, study, and application of spiritual principles in his daily life, and is passionate about engaging and serving in spiritual community.

Richard is developing a career in the renewable energy field after retiring from 33 years as an electronic systems engineer and project manager for a major defense corporation. He resides in Hermosa Beach, CA, and can be seen with his dog Mylee wherever he goes. He visits CSLSN to serve as often as possible. Yvonne believes the truth of our Divine nature exist within everyone of us. She is devoted to assisting others discover their true self. Yvonne recently retired after over 30 years working for the State of California and is loving retirement.